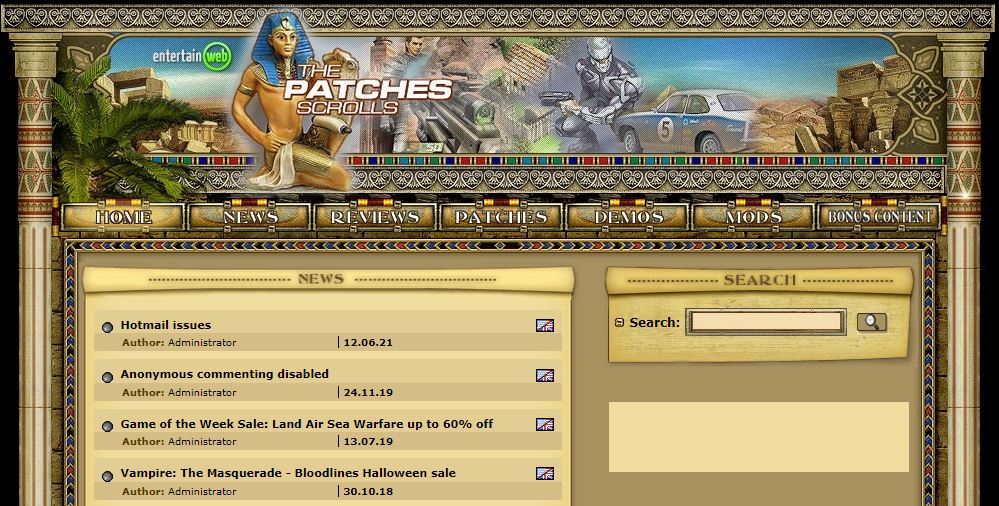 The Patch Scrolls is a german based, but in the English language. Its a website hosting patches for many games, most notably old games where the developer has gone out of business and no longer supports the game. Here you can search for patches for different OS like Windows, mac OS, etc. It’s a hub to find different types of games from classic to latest ones.

Best Alternatives To The Patches Scrolls 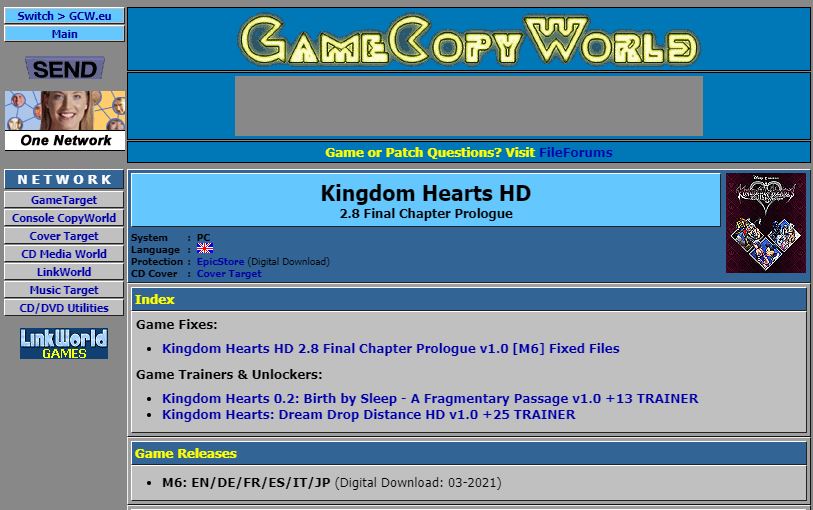 Gamecopyworld works on patch technology, which enables you to play the games without the need for a CD or DVD. Most files are packed using RAR but it also happens they are packaged using ZIP or ACE.

DLH.Net has been around for 20 years now. DLH.Net got its name as "dirty tricks", "Dirty little help", as the cheats codes and videos on the site as users got interested in getting to know more about how to revive the players in the game. To make it available to more people files, were put up in the bulletin board system which was operated on the FidoNet system. Sooner after its popularity as it was easy to use and easy to be updated it got one million visits every month. In November 2013, re-launched the app with few innovations like, it goes international as previously it was just in German but now it is in both German and English language, the rating system got changed, now the videos were included with the articles, its gives newsletter to which 3,00,000 subscriber has been registered, now the site provides full info about the games and its info to the users.

MegaGame is a resource for the hardcore gaming to use in PC, it provides the cheat codes, demo videos, news, previews, etc. Founded in 1998 as the first hardcore gamer-focused site which covers content primarily related to PC, gaming community. With the help of the hardcore community, the site becomes the largest archive of user-generated content specific to hardcore gamers. It is using various technology namely viewport meta, iPhone /other compatible mobiles and SSL by default.